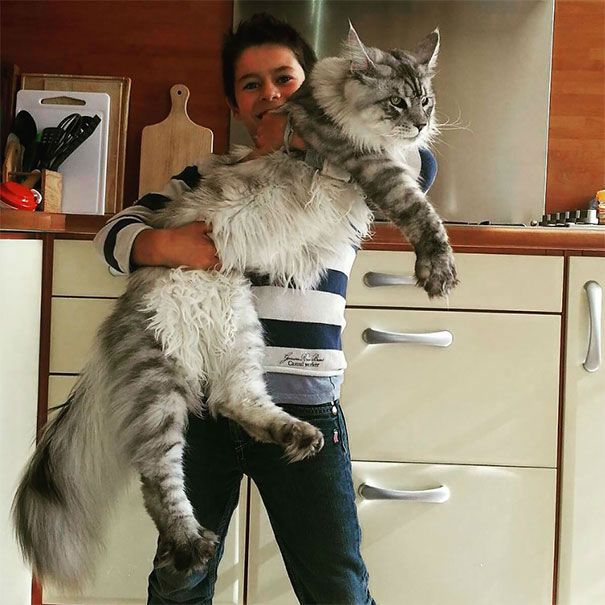 People have asked about their history.  Several stories around about this breed.  Here are two of them

The captain of the ship was said to have built a house for the Queen in America had no choice but to set sail for America without the Queen.  He brought all her possessions including the cats and kept them in the house he built for in Wiscasset, Maine. The captain cared for the cats but let them wonder outside.  Eventually

They bred with the local short haired cats and their off- springs were thereafter classified as the breed Main Coon.

2. Captain Charles COON — This is a story of an English seaman named Charles Coon, and his avid love for cats and collecting them. Apparently, Captain Coon had a ton of cats on-board his ship as he sailed, and when he finally docked his ship back home in New England, his long-haired cats had the chance to explore on land, mating with the local short-haired cats. The day a long-haired kitten was first sighted in town, locals began calling them Coon’s Cats.

← Can Dogs Eat Popcorn?
Why do Cats Love Boxes? →

This site uses Akismet to reduce spam. Learn how your comment data is processed.